Day started with a “true Irish breakfast” although I’m not sure I can really say that since I skipped the blood pudding, beans, and bangers. I guess it was a true American breakfast at an Irish hotel. Such is life. I’m not eating blood pudding without a really, really good reason.

And I was late for the group tour and the driver today was grumpy enough to make up for the friendly guides yesterday. Alas.

But we started off back at Bunratty Castle and the “folk Park” there. There are about 1,000 steps in the Castle and I think I climbed every one of them three times…I kept having to back up to let other folks by because that’s what you do in a traffic jam on the winding narrow staircases in the towers. They were worth every step though.

The grounds were also much more interesting than I anticipated and I wished we had more time. Even though I kept moving, I was not able to see everything (maybe I would have been okay if I hadn’t kept backing up on the stairs). But anyway, I didn’t want to be late given the grumpy bus driver. And the fact that they will leave you if you’re late. Yikes.

We stopped at a little town called Doolin for lunch. Other than a tiny strip of shops, it was nothing at all. I did see a place to rent bikes which might make a great way to spend the day if you really enjoy looking at grass. And if you had a really good bike. It’s a hilly town. 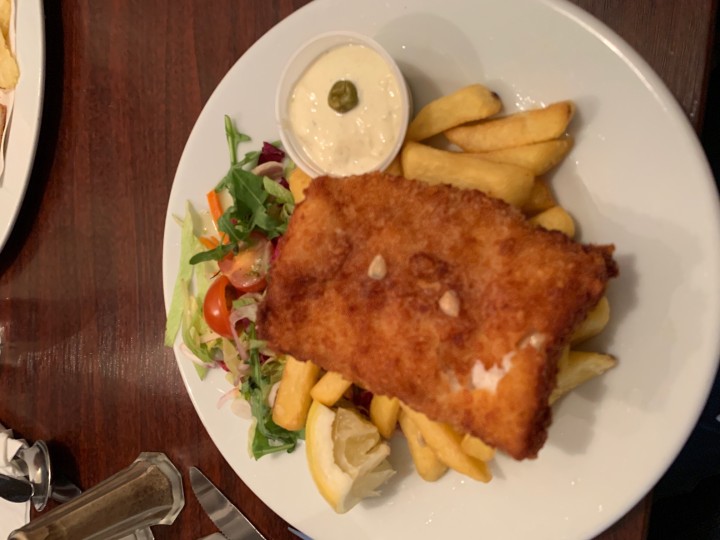 From there we went to the Cliffs of Moher. The Cliffs were worth the whole trip. I was glad the weather was beautiful and that it was as clear as it was. I made full use of our time and, again, I could have used a lot more. But I used what time I had and tried to make my Fitbit very proud of me.

The scenic drive continued and I was thankful for the elevated bus that allowed us to see quite a ways as we drove along the coast. We stopped a couple of times for photo ops and even I took some selfies. I never take selfies.

We wound our way back to Galway where I visited the Spanish arches and once again, visited drug stores looking for a converter. The one I bought for 5 Euro yesterday worked for my computer but did not have a USB port for my phone.

The train ride back to Dublin was pleasant. In between trying to catch up on emails and texts, I chatted with some other folks from the tour and a much more friendly guide that had joined us in Galway. He was full of tidbits like where and how the Euro is printed and where the pictures on it were from. I learned that there are quite a few tea totalers in Ireland such that the overall alcohol consumption per capita is actually low for Europe. Who knew. I had only met one other lady so far that didn’t drink and she was from Michigan.

It was deceptively light when we got back to Dublin considering it was closing in on 10:00 pm. I had a clean efficient little room across from the church of Ireland waiting for me and rounded out my steps at 18,000…probably would have been 28,000 if we had had another hour at the Cliffs of Moher…but such is life.

My great day in Ireland wasn’t quite over, but I’ll save the rest for another day.